skip to main | skip to sidebar

Let me tell you about this crazy thing on the internet....

In 2010, the end is not exactly upon us. While still living on earth, we can still speculate all possible scenarios for our own demise. Vivos, a web-based company that promises its customers “the ultimate…solution for surviving these uncertain times,” insists that the world will end because of one of the aforementioned disasters (Nuclear War, Bio War, Planet X, Solar Storm, Pole Shift, Global Tsunami, Super Volcano are all “options” explored on their website ). Their motto, “you can’t predict, but you can prepare,” individualizes a vague fear of an unknown, universal catastrophe, and capitalizes upon the fear by offering the customer (“you”) a “way out.” A “nationwide underground shelter network for [the] survival of future catastrophes,” Vivos promises “assurance of life.” Vivos offers access to one of the 20 shelters in U.S. metropolitan areas that they will build by 2012 (a counter on the site calculates the remaining days, hours, minutes, and seconds).


The company calls themselves Vivos, or “living.” Their URL includes the prefix “terra,” meaning earth. They offer guaranteed protection from the apocalypse, for $50,000 a head. The product they sell is life on—or rather, under—a dead Earth .

This is my favorite video the Vivos group has produced-- The music-and-color negative-effect combination is kind of too good to be true.

Thirty-one "different" people have already offered “member comments,” which all relay a belief in the Vivos promise and state each member’s imagined contributions to a shelter community (for example, ability to stay calm in the wake of disaster, trained in childhood education, or experience in the military ). Ostensibly, To post a comment, one must first apply for membership, and then pay the $50,000 fee ($25,000 for children). Even if most of these are fraudulent comments, posted by a site administrator under fake names with the aim of boosting sales (very likely), a handful of people have already committed a substantial sum of money for the promise of a home when some force destroys all other homes or potential homes on earth.

Aside from the evidence provided by the above video, the actual construction of Vivos shelters is as of yet undocumented. Vivos has found its niche in a paranoid group of individuals who are willing to pay a substantial fee for “security” in the event of an apocalypse that would completely obliterate all infrastructures, if it comes at all. Their business model, which is savvy but morally dubious, captures all of the absurdity of consumerism at the end of the world. However, that Vivos is able to offer up a number of semi-viable causes for an approaching apocalypse is indicative of an unstable geopolitical climate.


The early 21st century is not the first era in which global forces have threatened human existence. Nuclear war and Communism frightened Americans in the 1950s and 1960s. One nationwide response to this fear, which penetrated many layers of American society, was the production of fallout shelters. A culture of fear incubated the very idea for a fallout shelter: specifically fear of death by nuclear fallout. The idea behind fallout shelters in their original, 1960’s-American iteration, was to encapsulate the family unit, preserving them underground while the ravaged world aboveground returned to a state of safety and livability. In reality, the shelters most likely would have failed at preserving life. Of course, those Americans with shelters in their backyards, schools, and workplaces never had the “opportunity” to put their structures to the ultimate test.
Posted by KCN at 17.6.10 No comments:

A note from the end of the world:

The world has ended.

The lurking threat of nuclear war finally came to a head, a global chain reaction of button-pushing blew the entire planet up seven times over. 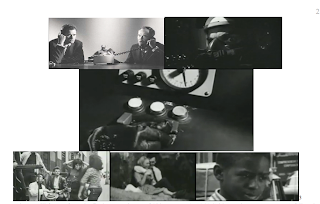 Above: still frames from the final seven minutes of Sidney Lumet’s 1964 Cold War drama, Fail-Safe. A failure in communications technology causes one American bomber plane to believe nuclear war is at hand: they move past the fail-safe point, into Russia. As their orders dictate in such a situation, they drop a bomb on Moscow. These images show the American president in telephone negotiations with the Russian Premier. They decide that since the Americans’ mistake obliterated Moscow, American bombers should intentionally destroy New York City. The images in the bottom row depict the last moments of life in the city, before the screen goes blank.

Biological warfare raged out of control. A floating death sentence— a lethal germ-cloud—enveloped all of humanity within a matter of weeks. Nitric-acid rain poisoned one third of the globe’s already diminishing potable water supply, due to a collision with Planet X, the mysterious, roving 12th planet in our solar system. A solar storm (like the one observed in 1859) obliterated the electrical system and power grids that we now depend upon, and the ensuing havoc decimated most of the population, leaving the remainder to fight for survival in a world-wide dystopian landscape: 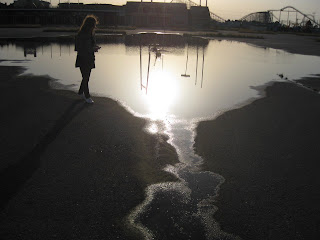 Or, an even more powerful solar flare, like the one NASA observed in 2006 (135 light years away at the time) , wiped Earth clean of life with the force of 50 million trillion atomic bombs. It might have been a massive pole shift, a global tsunami, or perhaps a super volcano.